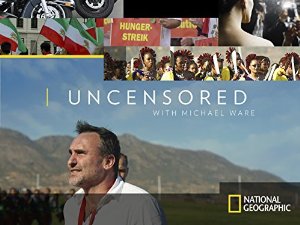 a series where war correspondent Michael Ware explores the personalities, places and most fascinating cultures in the world, and to be released globally in 171 countries in 45 languages. Famous for its coverage of the war in Iraq and Afghanistan, Ware will bring its journalistic style to explore the most vibrant sites, from the wild topography of Papua New Guinea, where women who are believed to be witches are hunted and killed, to the glamorous streets Of Los Angeles, where the celebrities are persecuted and photographed by the paparazzi. Also, stories Uncensored with Michael Ware, consisting of eight episodes, address issues such as the Mujahedeen-e-Khalq in Iran dissident group and the fashion week in New York, as well as visit other countries such as Swaziland and Cuba. (IMBD Rating 7.9)